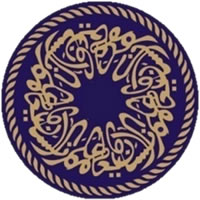 An internationally renowned artist of Pakistan, Mr. Gulgee was entrusted to design the College emblem. He selected a verse from the Holy Quran (Sura Al-Alaq Verse 5) and opted for a calligraphic motif. The verse reads:

"He (Allah) taught man that which he knew not"

The verse was repeated four times on the emblem and crafted in a circular arrangement. In 1996, the emblem was redesigned by inserting insignia of Pakistan Navy in the middle. In 2012, it was recreated yet again. Prominent changes were made this time. Crescent and a star were added at the top. The abbreviated title, PNWC (Pakistan Navy War College) was also inscribed. The Quranic verse engraved on circular ribbon appeared on the border of the emblem while the same verse was emblazoned at the bottom. The crest of Pakistan Navy in the middle was replaced with impression of magnetic compass. This insignia continues to be in use. 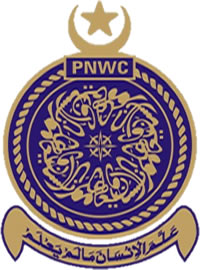 Contact UsWelcome to PNWC. We are glad to have you around.